We represent Adham Hassoun, a stateless Palestinian man who the government is trying to imprison indefinitely—potentially for the rest of his life—under the USA Patriot Act.  This is the first time that the government has invoked a highly controversial provision of the PATRIOT Act that purports to allow the government to hold people in detention forever based on nothing more than the DHS Secretary’s unilateral decision that a person is a “danger.” 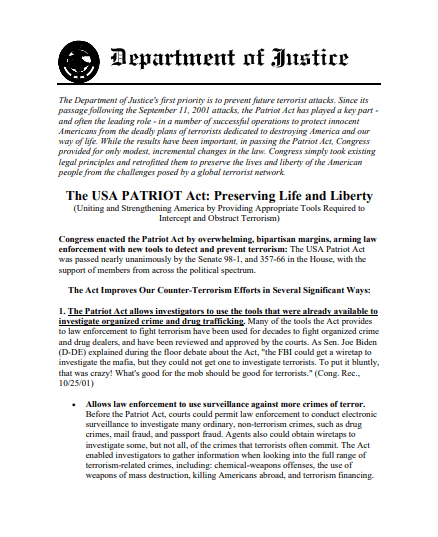 Together with our partners at the University of Chicago Immigrants’ Rights Clinic, the American Civil Liberties Union, and the New York Civil Liberties Union, we are challenging the constitutionality of this unprecedented scheme of domestic indefinite detention. We are also challenging the grossly unfair procedures the government has used, under which the government made the unilateral decision to imprison Mr. Hassoun without disclosing the witnesses or evidence against him, without the involvement of any neutral judge, and without any fair hearing.

We are also challenging the government’s unilateral and unfounded claim that Mr. Hassoun poses a threat to national security. Mr. Hassoun has completed his criminal sentence on allegations that date back more than 20 years. He was convicted for charitably aiding Muslims suffering in military conflicts abroad in the 1990s. The government charged him under federal statutes that have been used aggressively to criminalize virtually any support to groups the government deems to have engaged in terrorism.

The federal judge who sentenced Mr. Hassoun specifically found that he posed no threat to the national security of the United States, and rejected the government’s request for a life sentence. Instead, she imposed a sentence that was nearly 50% below the minimum recommendation under sentencing guidelines.

The federal district court has already issued a number of pathbreaking rulings in our pending habeas corpus action. Among other things, the court has ruled that the Constitution requires, at a minimum, that the government must bear the burden to prove that a person is properly detained, and it must prove its case by clear and convincing evidence at a trial in federal court.

On July 22, 2020, Mr. Hassoun has finally regained his freedom years after completing his criminal sentence. But every day of his detention under the PATRIOT Act has been an injustice—detained for 17 months based on lies from informants desperate to avoid deportation.