60 people—including members of Black Lives Matter – Chicago, #LetUsBreathe Collective, GoodKids MadCity, and Brighton Park Neighborhood Council—join together to file an unprecedented lawsuit seeking justice after they were viciously attacked by Chicago Police Officers at the historic protests against racist police violence this summer. 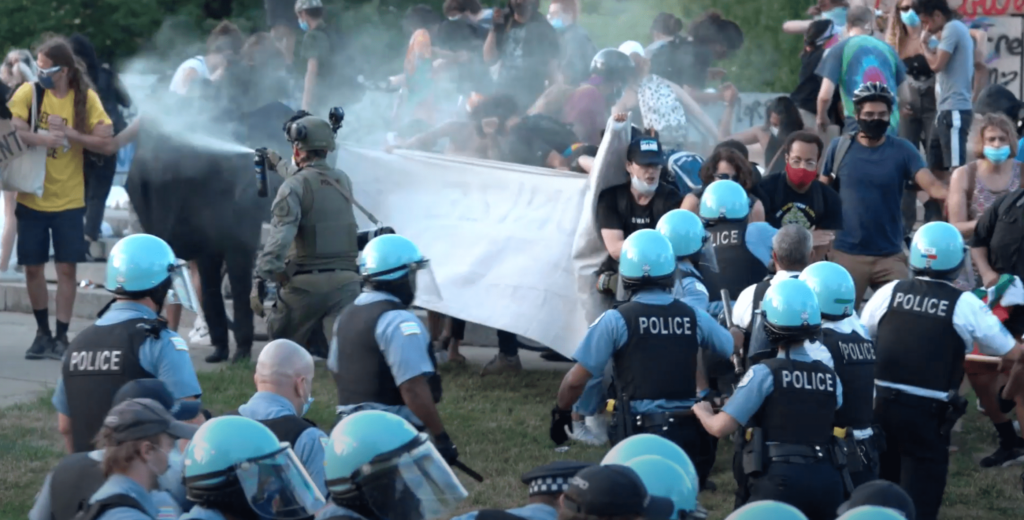 Many of the protesters suffered concussions or broken bones after being repeatedly hit with batons on their heads and other parts of their bodies, requiring medical treatment.

Several of them needed stitches to bind the gaping wounds in their heads and on their bodies. Others sustained bruises that lasted for weeks.

Adding insult to serious injuries, many protesters were also falsely arrested and charged with crimes or violations of Chicago municipal ordinances based on false allegations, resulting in their prolonged detention in CPD lock ups amid the COVID-19 pandemic.  All the charges and violations brought against these plaintiffs have been dismissed.

CPD’s response to the summer 2020 protests is consistent with the CPD’s long-standing policies and practices of using abusive tactics and excessive force against protesters for progressive social change.

In the words of our clients

“CPD used violence to try to stop our movement. But we won’t be silenced. This lawsuit is about holding police accountable for all the harm they inflicted on us this summer. But it’s also about the righteousness of our demand to defund CPD. We need to invest in our communities, not police who beat young people trying to remake their world.” —Miracle Boyd, a member of GoodKids MadCity who was viciously attacked by a Chicago Police Officer causing her to lose two teeth