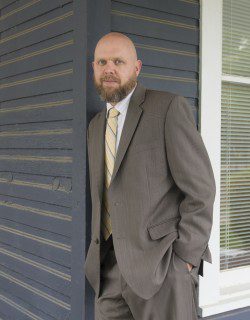 Jacob Howard joined the MacArthur Justice Center at the University of Mississippi School of Law in 2015. He serves as Legal Director and works out of the organizations’ office in Jackson, Mississippi. Jake has litigated civil rights and criminal cases at the trial, appellate, and post-conviction stages in state and federal court.

Jake has also litigated numerous cases at the trial and appellate level to enforce the Mississippi legislature’s 2014 comprehensive criminal justice reform bill, House Bill 585. These cases include Atwood v. State, 183 So.3d 843 (Miss. 2016), in which the Mississippi Supreme Court unanimously reversed a trial court’s decision striking down a key section of the new law pursuant to the separation of powers doctrine.

Since 2013, Jake has been the co-coordinator of an effort to ensure that all juvenile offenders serving life sentences in Mississippi’s prisons receive an opportunity for release on parole pursuant to the United States Supreme Court’s decisions in Graham v. Florida and Miller v. Alabama. Jake’s representation in post-conviction and re-sentencing proceedings has resulted in parole eligibility for numerous juvenile homicide offenders, including three of the six Mississippi prisoners who were previously sentenced to death for crimes they committed as children. Jake continues to provide direct representation in post-conviction, re-sentencing, and parole proceedings. He also serves, and has served, as resource counsel in dozens of post-conviction and appellate cases challenging life-without-parole sentences imposed on juveniles.

Jake is admitted to practice in all Mississippi state and federal courts and the Fifth Circuit Court of Appeals.