In July 2019, the MacArthur Justice Center and the law firm of Williams & Connolly, LLP, filed a federal lawsuit against the Virginia Department of Corrections on behalf of a prisoner who was held in solitary confinement in Red Onion State prison for over 600 days. As a result of the extended isolation, Tyquine Lee suffered a complete physical and mental collapse. 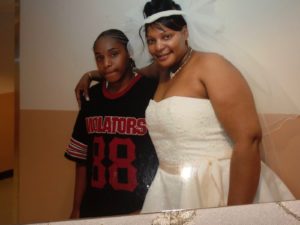 Mr. Lee has suffered from mental illness since childhood, having been hospitalized several times prior to his incarceration. His mental history makes him extremely vulnerable to solitary confinement. Within two months of isolation, he began to exhibit symptoms of severe mental illness, including speaking only in numbers and losing the ability to sign his own name. During family visits, he could not even recognize his mother and barked like a dog.

Due to infrequent and inedible food combined with constant mistreatment, Tyquine dropped over 30 pounds. By the time Tyquine was finally transferred to a different facility, he had lost all sense of his own identity, family, and present circumstances.

In November 2020, Tyquine achieved an important legal settlement that awards him monetary relief and secured his transfer to a new facility closer to his mother and legal guardian.

For over 600 days, he was locked inside a small cage, all day, every day. They put him there - and left him there. —Takeisha Brown, Tyquine’s mother and legal guardian