Resistance to the Trump Administration's Policies 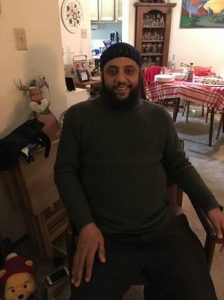 Mohamed Emad is a Palestinian immigrant from Milwaukee, Wisconsin. Targeted and falsely labeled a terrorist by the Trump Administration, Mr. Emad was detained in March 2018. Mr. Emad came to the United States in 1994 and has not left the country in 25 years. Prior to his detention by the Immigration and Customs Enforcement (ICE), Mr. Emad was involved with the local religious community and close to his community.

Mr. Emad was working at a small restaurant where the Federal Bureau of Investigations (FBI) planted an informant that would later be part of an entrapment case involving one of Mr. Emad’s co-workers. Mr. Emad’s personal information was compromised although he was not involved in the FBI operation. 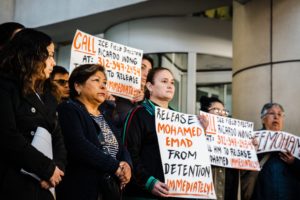 To clear Mr. Emad’s name and hold accountable the federal government actors who targeted and falsely labeled him, the MacArthur Justice Center presented a lawsuit against local ICE Field Director, Ricardo Wong, and Dodge County personnel overseeing the Dodge County immigration detention center on behalf of Mohamed Emad in April 2019. The complaint outlines the ways in which Mr. Emad was racially profiled and targeted by the FBI and ICE and how this led to his detention.