Officers have sexually harassed her, threatened her, and subjected her to verbal and physical abuse. Prison guards also have made it clear they will not protect her from prisoners who seek to do her harm: on one occasion, guards stood by and allowed a prisoner on the yard to expose his genitals and threaten to rape her. 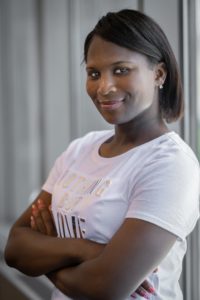 Strawberry Hampton is a 28-year-old transgender woman who was incarcerated within the Illinois Department of Corrections (IDOC). Ms. Hampton has survived numerous sexual assaults and received constant harassment and threats in men’s prisons, where she spent the majority of her sentence. IDOC officials have consistently refused to acknowledge Ms. Hampton’s gender and have repeatedly and deliberately placed her in environments detrimental to her physical, mental and emotional health. Ms. Hampton has been incarcerated in four men’s prisons, where she was subjected to extended abuse and sexual assault. In December 2018, after a year-long legal battle, Ms. Hampton was finally transferred from Dixon Correctional Center to Logan Correctional Center, a women’s facility in Lincoln, Illinois.  Ms. Hampton’s case is the second case in the country in which a federal court has recognized that a prison’s decision to mis-assign transgender people is a form of unlawful discrimination. While Ms. Hampton has completed her original sentence, she faced an extra 9 months due to retaliation for reporting sexual assault and pursuing legal action. However, a petition for clemency was filed and she continued to fight for her justice. IDOC approved the request for good time restoration, and she was released from custody on July 8, 2019.

Being in prison, transgender (people) have no rights to their body. They have no right or opinion to anything. What we are told in prison is we are animals. —Strawberry Hampton