Alan Beaman spent over a decade in prison after being wrongfully convicted of the 1993 murder of his ex-girlfriend. At the time of the crime, Mr. Beaman was 130 miles away. 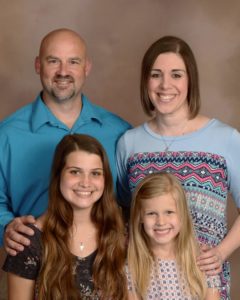 The Illinois Supreme Court threw out Mr. Beaman’s conviction, ruling that the McLean County State’s Attorney had failed to disclose evidence regarding another suspect in the case. Mr. Beaman later received a Certificate of Innocence and a pardon.

The MacArthur Justice Center represents Mr. Beaman in his lawsuit against the City of Normal and the three former Normal police officers who orchestrated the wrongful conviction.

[L]iability for malicious prosecution ‘calls for a commonsense assessment’ of those persons who played a significant role in the criminal case. This significant role assessment necessarily includes those persons whose participation in the criminal case was so ‘active and positive’ to ‘amount to advice and co-operation’ or those persons who ‘improperly exerted pressure on the prosecutor, knowingly provided misinformation to him or her, concealed exculpatory evidence, or otherwise engaged in wrongful or bad-faith conduct instrumental in the initiation of the prosecution — Illinois Supreme Court opinion