Last week, Michael Bloomberg’s presidential campaign released his criminal justice proposal, detailing the reforms Bloomberg would undertake as president. It’s pretty rich to see the guy who ran on a tough on crime platform and who was responsible for the expansion and widespread implementation of stop and frisk try to rebrand himself as anything other than the center right politician he has been for decades. If one could set aside Bloomberg’s ten-plus-year history of damage to marginalized communities, perhaps the criminal justice reform initiatives proposed by his campaign would feel genuine, instead of as simply Bloomberg’s latest ideological trend. If you look closely at these proposals, they mean little and will do little to end mass incarceration and the over-policing of minority communities.

The effects of New York City’s racist stop and frisk policy, a policy that permanently damaged hundreds of minority communities in New York City, have been well documented. Ostensibly, the objective of stop and frisk was to discourage violent crime. But let’s be clear. The only thing stop and frisk did successfully was terrorize minorities; as a policy, it was utterly useless. A 2013 study found that of 2.4 million stops, only 3% led to actual convictions, and only 0.1% of all stops led to a conviction of violent crime. And still, despite the data, despite a federal court ruling the New York policy unconstitutional, despite widespread denunciation of the policy by community leaders, Mayor Bloomberg has defended it, right up until literally days before he announced his run for president, and as recently as last month.

What is troubling about Bloomberg’s inability to accept that not only was stop and frisk harmful, but also ineffective, is the implication that as commander-in-chief, he would be similarly unwilling to scrutinize what works and what doesn’t when devising and implementing policy. And the inability to critically examine criminal justice policy shows very clearly in a number of his proposed reforms.

Take cash bail, for instance. The harmful rhetoric used to defend stop and frisk is the same kind of rhetoric and dehumanization that proponents of cash bail have espoused in opposing any kind of significant reform. Bloomberg oversaw a decade of over-policing that targeted minorities and led to increased contact with the criminal justice system. Anyone stopped and arrested even for minor infractions—fun fact, Bloomberg specifically expanded the NYPD’s stop and frisk to include misdemeanors like jaywalking and open container violations—faced a judge who would make a bail determination. 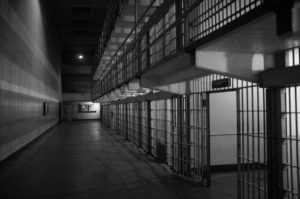 Like stop and frisk, cash bail is a pernicious policy that disproportionately affects marginalized communities—cash bail simply means poor people, and more often than not poor people of color, stay in jail instead of paying for their release. In 2017, the Independent Budget Office in New York City estimated that “72 percent [of pretrial detainees] were incarcerated because they were unable to post bail at arraignment.” That means, that on an average day in New York City Courts, nearly 4,000 people were sent to jail, instead of going home to their families, support systems, and jobs, only because they couldn’t afford bail.

Cash bail policies certainly need reform or outright elimination. But Bloomberg’s policy is superficial, at best, and illustrates that he has no intention of meaningfully engaging on the issue. First, his policy proposes ending federal cash bail. But federal law already prohibits the detention of people who cannot afford a cash bond, so in reality his plan will achieve little in addressing wealth and racial disparities.

And his policy on cash bail in states similarly would not result in comprehensive reform. Bloomberg proposes giving funding to states that adopt risk assessment tools—algorithms to predict whether or not an individual will reoffend—to determine whether individuals should be released before trial. But as study after study has shown, risk assessment tools are statistically unreliable. And as the tools are based on factors like race, age, and socioeconomic background, the tools necessarily result in more disparate outcomes for minorities for reasons that are wholly out of their control.  Additionally, the actual rubrics, the underlying calculations, for these tools are rarely made public, and are often proprietary, making the lack of transparency for these tools especially worrisome.

It’s not just Bloomberg’s proposals on cash bail that fall short of real reform. The former Mayor’s plan to reduce incarceration rates by 50% and to “[r]e-imagine prisons as a place of redirection and redemption,” all while touting that incarceration rates dropped while he was mayor, rings hollow. Of course the prison population dropped—the crime rate also plummeted during his tenure. And though Bloomberg may wish to believe otherwise, correlation does not equal causation. His claim that “murders fell by over 50% while [he] was in office” isn’t incorrect, but the murder rate in New York was on a downward trend more than a decade before he took office, and continued after he left. The same holds true for the prison population in New York—the total number of inmates in jail or prison started dropping in the mid-1990s. And, as Franklin Zimring, a University of California, Berkeley, School of Law faculty director of criminal justice studies, has pointed out, sentencing, or the decision to jail or imprison anyone, is not under the purview of the mayor’s office.

If Bloomberg does want to take responsibility for his record of stop and frisk, cash bail, and the jail population, maybe he can start with holding himself accountable for the life and death of Kalief Browder. When Browder was sixteen, police carrying out Bloomberg’s stop-and-frisk policy stopped him and a friend and interrogated them over a stolen backpack. Browder was arrested, interrogated, charged, and jailed at Rikers Island. Because he maintained his innocence, refused to take a plea-deal, and his family couldn’t afford to pay his $3,000 bail, Browder languished at Rikers, awaiting a trial date that would never arrive for nearly three years, including spending nearly two years in solitary confinement. In addition to the havoc that solitary confinement wreaks on the body and mind, he was also starved and repeatedly beaten by guards and other inmates. Browder twice attempted suicide in jail, and then again when he left Rikers. Two years later, he hanged himself at his mother’s home.

“When someone shows you who they are, believe them the first time.”

Bloomberg has made abundantly clear his disdain for the communities for which he was responsible as mayor. It’s not unreasonable to believe he hasn’t changed.